First Year: 2006
What brought you down? From memory it was Chris Daubney and Riley Field getting on my case to come have a run because there was a lack of front rowers in colts.
Early memories?  One of my favourites was standing in the pouring rain at a Thursday training as a Colt at the Brui while Stehry berated us (the people at training) for 20 minutes about how nobody came to training.
Best moments? The games just mostly blur into one at this point, But the way we finished off that first 3rd grade final we won in 2013, coming from behind to get Colleagues was a stand-out. Better than the footy though what keeps you coming back are the great guys that make up and run the club year on year. 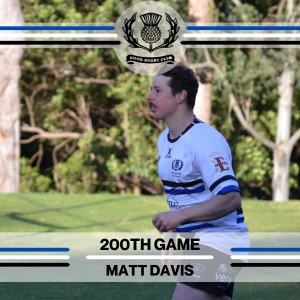