Round 4 was BrothersIVBrothers weekend at the club, and although the lockdown brought in on Thursday night meant we postponed the lunch – the showpiece game went ahead on Saturday morning, featuring an inter-generational team of players newly and longly retired coming together for a celebration of the spirit of brotherhood and rugby.

One of the most recently retired players turning out was Andy Rasmus, who hung up the boots at the end of last season after a storied career that included time with the Aussie 7s, 1st Grade Shute Shield at Warringah and 84 games at Knox Rugby Club.

Well, that count makes a jump to 87 after a weekend where Andy turned up to be a part of the BrothersIVBrothers game, and ended up putting in a big shift in 3rd grade, before packing down at the back of a resurgent 2nd Grade pack in their first win of the season.

You can’t make this sort of stuff up, and although ideally nobody would play multiple games in a weekend, club’s like ours are built on the back of guys who are willing to put their hands up. Andy wasn’t the only one to do it last weekend but as he’d tried to retire last year it’s enough to earn him a case of Lust Liquor’s finest alcho-seltzer. We’ll see him next weekend at Lofberg for the game against Blue Mountains to pick it up. 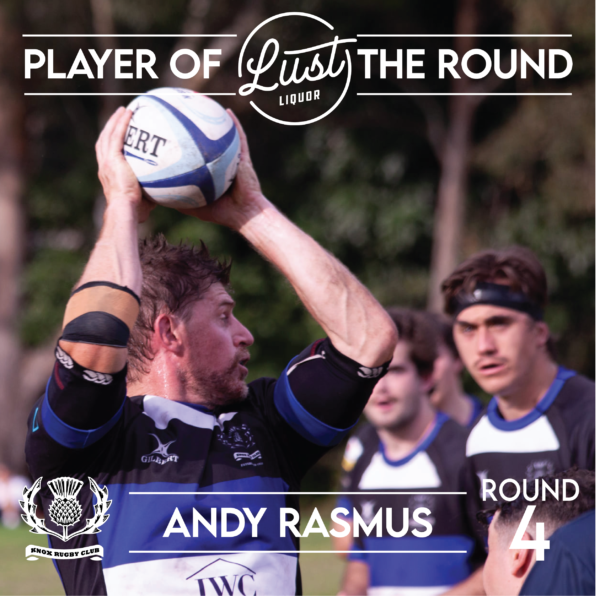 Round 4 – Drummoyne
Round 4 – Match Reports
Scroll Down