Our Lust Liquor Player of the Round this week goes to Peter Sherlock.

In his first year down at the club Pete has shown not only a great deal of talent – both in his natural spot at halfback, but also right across the backline, but also a commendable attitude to getting on the park and playing a part – the cornerstone of clubs like ours.

Last Saturday against Waverley both of these elements came to the fore, Pete started in colts and with the demolition job well underway at half time, came up to 2nd grade to fill in at the injury hit halfback position. In his first start in a Burke Cup game he more than held his own, coming away with not only a try assist, but also a meat pie of his very own.

Congratulations to Pete who’ll enjoy a full case of the good stuff from Lust Liquor. 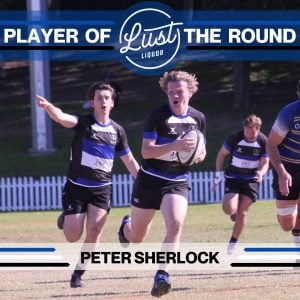 Round 3 – Match Reports
ROUND 6 – FOREST
Scroll Down