What brought you down? I left manly marlins to continue playing colts for another year in the subbies competition. I then continued on playing for Knobs grade and I never looked back.

Early memories of KNOBS?
Playing colts 2014 I had Robbie Frame as my colt’s coach. Colts training had a great turn out, plenty of numbers and familiar faces from school. As much as I enjoyed training, and playing games, I found the Knobs social life at Greenwood and other venues great fun. I play to win, but I’m apart of club to enjoy a good night out.

Best moment at KNOBS?
During my colts initiation night, the old boys run Masters and Apprentices. In one game, I had to drink and entire schooner of beer without touching the glass. To do this, I went up to a female stranger and asked for a tampon. By dunking the tampon in the beer I then went onto drinking the entire glass using a tampon. It was messy. 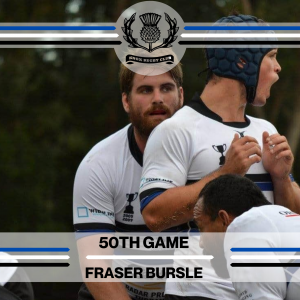