What brought you down?
Oscar Alcock brought me down to the club. I got the tap on the shoulder from my year groups School Captain to come play knobs. I was honored. Then I found out that Ox had decided to play for Petersham that year. Bit of a stitch up. I’ve never looked back though

Early memories of KNOBS?
I distinctly remember getting asked to run on the field against Drummoyne 2nd grade as a colt my fist weekend at the club. I felt about 15kg underweight. Still do

Best moment at KNOBS?
To be honest it would have to be watching Lloyd Gabriel punch Ben Fisher in the face during a first grade game. Lloyd had left the Knobs to play for St Pats that year. And Ben Fisher had obviously been winding Lloyd up all game. Probably deserved to get hit. 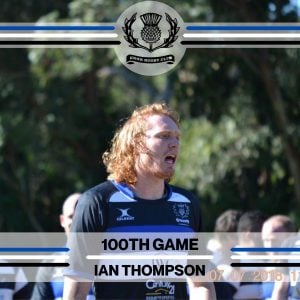