What brought you down?
I had one year off footy after high school and had an itch that needed to be scratched.

Early memories of KNOBS?
One cold winters night at Barra Brui we had a semi contact opposed game against first grade and it was my first experience going against grown men and it was pretty intimidating. Other than that just all the great old players and blokes who’ve come and gone in the 8 years I’ve called this club home.

Best moment at KNOBS? T
The back to back 2012/13 Barbour cups will always be very special to me. The first time I pulled on a first grade jersey is also a big highlight, as is the bunch of guys that fought tooth and nail to miss the finals in second grade by one bonus point after going 1/7 to start the season in 2017. 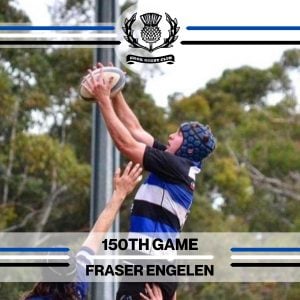