This week’s player of the round is shared by two players who put in huge shifts across multiple grades.

Locky Hebron started the day in 3rd Grade before getting the mid-game tap on the shoulder to start in 2nds as a late in jury cover. In the Burke Cup game he was one of the standouts in a full game effort that saw a late try sealing a hard-earned victory.

Rob Batchelor started his day leading out a colts team that roared to a comprehensive victory over a Petersham/Sydney Uni composite team. Sitting on the sideline nursing some bad blisters and enjoying a well earned rest after his two-try performance for the colties, he heeded the call from 2nd grade, strapped up and came back out for a huge second half to help secure the win.

Congratulations to each of these guys, who’ve earned themselves some ice cold refreshments from our sponsor as this weekend coming. 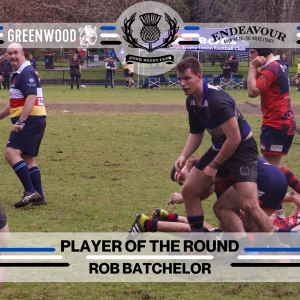